In summary if you want maximum shower for minimum water usage then the Methven Kiri Satinjet ULF is the answer.

Feel free to check out our Methven Kiri Satinjet Ultra Low Flow showerhead webpage for more information and this video below to see the Methven in action:

Older low flow shower heads simply restrict the flow of water coming out of your shower, this has lead some people to believe that all low flow shower heads are the same and produce an inferior shower experience.  It is important to note that the Methven Kiri Satinjet uses completely different technology to a normal shower.

As the name suggests the technology is called Satinjet. Satinjet technology is based on the Venturi effect, where air is sucked in to the shower head through special breather holes to create large droplets of an air/water mixture with maximum surface area for minimum volume. The Satinjet head produces 150,000 of these droplets per minute.

So instead of most of the warm water simply flowing off your skin without imparting any warmth, as it does in a normal shower, the Satinjet covers your skin in a warm cloud of smaller droplets imparting maximum warmth to you even though the flow of water is much less than a regular shower.  In short the Methven Kiri Satinjet is much better and more efficient than a regular shower head, which has to drench you in water to get the same warming effect.

Some notes on installation:

Remove existing handset from hose. Insert the filter washer into the hose before screwing hose end to your Kiri ultra low flow handset. 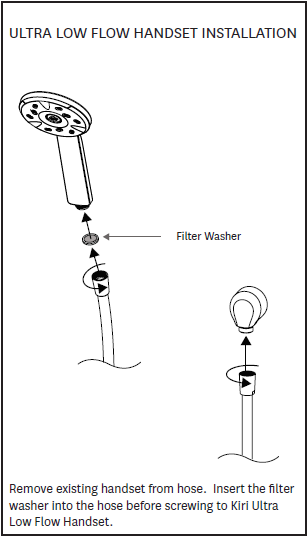 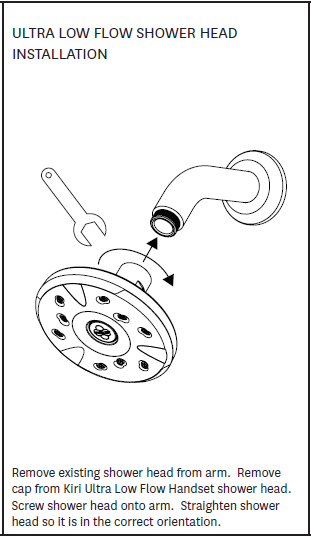 How do I clean my Methven Kiri Satinjet ultra low flow shower head?

Water contains lime which remains on a surface when the water evaporates. Lime deposits can be prevented from forming by wiping the shower head surface immediately after use.

To clean the chrome-plated shower head surface use a soft cloth, soap and warm water. Never use cleaning agents as they may contain a corrosive acid or a scouring additive. 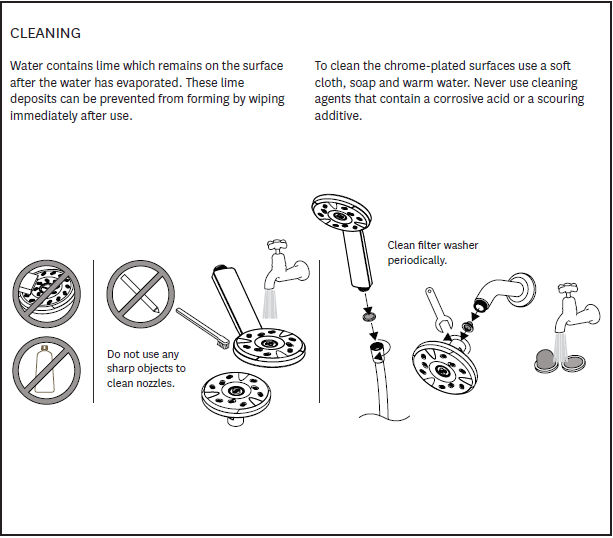 The optimum operating pressure for the Methven Kiri Satinjet  is 500kPa / 5bar. However the showerhead can operate as low as 150kPa / 1.5bar. Giving you plenty of flexibility.