Which is better for peak power periods, Snowy hydro 2.0 or the all-electric home? 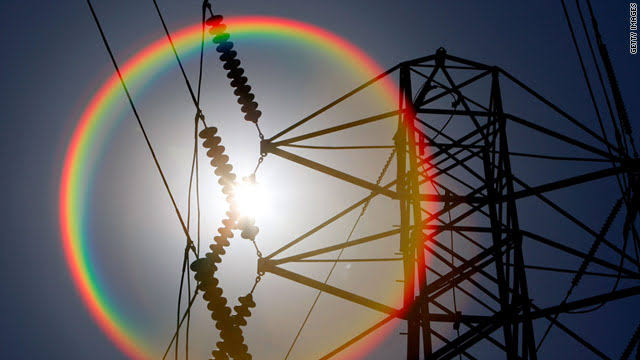 On the face of it Snowy hydro 2.0 is an attractive idea, for both nostalgic and technical reasons.

It is the next generation upgrade to the iconic hydro project that has a cultural impact beyond the realm of technology mainly due to the fact it was built by a multinational crew of post war immigrants, a demonstration of what can be done if the nations of the world co-operate rather than fight.

It is of course also a tremendous source of pride for a generation of Australian engineers who proved that big things were possible in Australia; which has always had the image of an undeveloped, rural backwater incapable of doing impressive things (unless you count tackling crocodiles bare handed as impressive).

It is perhaps for that reason Malcolm Turnbull so publicly spruiked Snowy hydro 2.0 in 2017, he saw a chance to tap into a rich reservoir of public goodwill about Snowy 1.0.  As Malcolm initially announced it, Snowy 2.0 was going to provide storage for the renewable energy revolution by 2021, jobs for all and all for $2 billion dollars.

Unfortunately Malcolm announced the price tag and capability before the business case was done and soon after the announcement the $2 billion dollar cost became $6 billion dollars (and that does not include the $2 billion it will take to connect Snowy hydro 2.0 to the grid) and completion date 2027 (it is highly unlikely that this will be the last time/cost blowout).

According to leading power industry expert, Bruce Mountain, the claimed 350 GWh (2000 MW) capacity of Snowy 2.0 is also overstated and is more like 170 GWh (at best) and possibly as low as 40 GWh (at worst) once the realities of operating the plant are factored in; such as pumping water from elsewhere in the system to the high Tantangara dam for use in the Snowy 2.0 turbines (a dam that would take months to fill).

So Snowy 2.0 will cost at least $8 billion (including transmission), will be finished in 2027 (at the earliest) and will have a capacity somewhere between 170-40 GWh or (47 - 200 $/kWh) not to mention a maximum power capacity of 2000 MW and these are best case estimates, the cost of building the dam in such a challenging location could easily blow out further.

The other thing to note is that, at present, Snowy hydro is barely utilised, that is, the system can handle wind and solar without the need for additional storage.

But that will change in the future as the role of wind and solar continues to grow, so what are the alternatives to Snowy 2.0 and more specifically what tricks does the efficient all-electric solar home have up its sleeve the might make Snowy 2.0 unnecessary (at least in the foreseeable future).

The all electric home's answer to Snowy 2.0

The secret weapon of the efficient all-electric solar home is the Daikin US7 and to demonstrate just how powerful it is consider the following scenario:

Let's assume that it's a peak power usage day (the scorching hot day they are building Snowy 2.0 for) 6 million households connected to the east coast grid each turn on an additional 2 kW of cooling load causing 12 GW of additional demand, right now that cooling load is provided by an air conditioning fleet which we can generously assume has an energy efficiency ratio (EER) of 3.5. The Daikin US7 can provide that 12 GW of cooling for 8.4 GW (7.4 GW for the more efficient 2.5 kW models) due to its EER of 5-5.8 in cooling mode.

In short moving to US7s (or equivilant) to provide cooling in Australian homes will cut the peak cooling load by 3.6 GW or nearly 2 Snowy hydro 2.0s in this scenario.

So why not use the money being wasted on Snowy 2.0 to incentivise replacing older AC units with newer ones as they would also provide winters savings when they function as ultra efficient heaters.

The other simple trick the efficient all-electric home can use to kill the summer power peak is increasing the insulation level and therefore the R value of the building envelope; where the R value tells you how much energy passes through the insulating layer per second per m2 for a given temperature difference (between inside and outside for example).

Doubling the R value of your home insulation halves the rate at which energy enters the home through the wall/ceiling etc on a hot day (or leaks out of the home in winter).  What this means is that increasing the R value has the ability to allow your active cooling unit (aka your AC) to throttle back to a lower power setting once the house is cooled to 24 C (or whatever your cooling set-point is).

The US7 can throttle back to as low as 600 W.  Thus doubling the R value of your building envelope will halve the cooling your AC needs to provide in steady state operation (once your house is cooled to the set point). If this were done to the 6 million home it would shave the peak-load in half to 6 GW (in this example) or 3 Snowy 2.0s.

Another smart trick is to pre-cool homes (using the ability of the US7 to be controlled from your phone) when solar power is generating so your AC only has to provide top up cooling through peak load period i.e. 6pm-9pm; this will avoid a massive power spike after the sun goes down when houses on the NEM might otherwise need to be cooled full blast when people return from work.

The efficient all-electric home makes use of a heat pump like the Sanden Eco Plus to heat water and which can be set to run during peak solar hours, a 315 L tank acts like a 3kWh battery (or 15 kWh for old electric element heaters).

This has the effect of shifting electric hot water load from overnight, when it was traditionally set to work using off-peak fossil fuel energy, to the middle of the day when solar can provide the required power.

Applying this trick to the 6 million homes could shift 18 GWh + out of a time when solar isn't active to a time when it is (and this can be done night after night unlike Snowy which must have its dams recharged), reducing the need for Snowy 2.0 yet further.

Another obvious solution to peak power problems on a hot day is to install home batteries to carry on powering homes after the solar peak has passed.

Currently batteries can be installed for $1110/kWh (retail) $700/kWh (wholesale i.e. Hornsdale Tesla battery) in Australia, but these costs are declining rapidly (as we saw with solar).

Batteries are also modular, scalable and flexible; they can be added as needed and don't require expensive new transmission.  They can fill in the gaps should there be any after using the other options previously outlined.

The ice battery is a future technology (Ice energy in the US has just started manufacturing units for the residential market) that can be deployed to the all-electric home.

The technology works via a simple principle that is currently utilised by cool storage businesses; when it is hot and sunny (and solar generation is a maximum) make ice.

When the sun goes down and solar generation drops off, cut your air conditioner load and used the accumulated ice to cool your home/building etc using zero power (1 litre of ice provides 0.07 kWh of cooling energy storage, once round trip efficiency is accounted for). This neatly shaves off peak-loads on hot days while still providing cool homes.

These are five main ways an efficient, all-electric solar home can 'peak shave' on a hot day, they show that there is no need for Snowy 2.0 and there won't be for a long time.

It is time we invested our money more wisely and instead of putting all our eggs in one hydro reservoir (to mangle a metaphor) perhaps we should increase incentives for the technologies outlined that will speed up the roll-out of the vastly better, efficient, all-electric solar home of the future.