No Limits to gas lobby ENA’s efforts to ban solar.

Lobby group Energy Networks Australia wants to ban you from having a solar system that can export 10kW  to the grid.  Today, up to 10 million Australians can install a 10kW or larger system on their roof and export 10kW to the grid.

ENA does say however you can have as large a solar system as you want behind the meter (i.e. not connected to the grid). This is an improvement on worst offender Ausnet, the most regressive network in the country, who want to ban anyone from having a system larger than 5 kW installed on their roof. But this is a faux win dwarfed by the massive reduction in export limits proposed.

Under the ENA proposal 10kW export limits would be slashed to 5kW. This at a time when the average new solar system being installed is almost 10kW and rising.  Big systems are in and big systems deliver big returns for consumers. Consumers are starting to see this and have been taking the opportunity to fill their north east, west and even south facing roofs with solar panels. 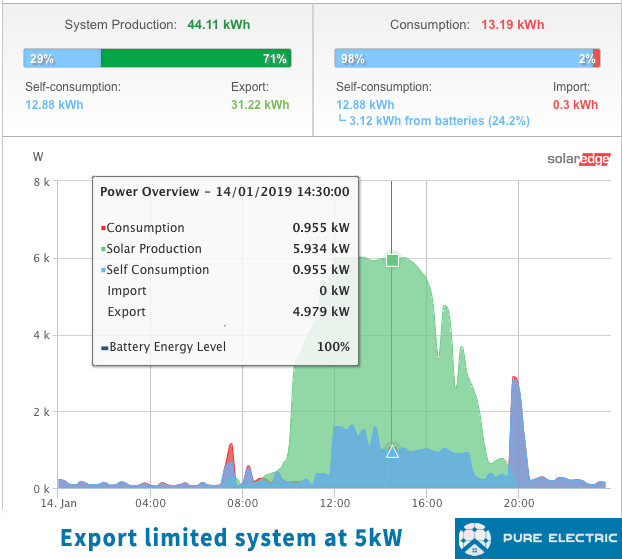 Most of today’s houses have roofs well in excess of 100sqm, with 200sqm being common.  A 100sqm house can support up to 55 solar panels which, using the new Sunpower 400W panels, equates to a 22kW  solar system.  It is also worth noting that the rest of the solar industry will eventually catch up with Sunpower, meaning 20 kW + solar systems will become a common size

If a customer with 20kW of panels is exported limited at 10kW, somewhere like Melbourne or Canberra, it would result in up to a 12% reduction in annual output.  In the case that there are large loads in the home such as electric vehicle or home battery charging, to soak up excess solar production, the annual loss in production will be more like 5%.  Furthermore, reduction in annual solar output due to export limiting is reduced when panels are installed in multiple aspects, which will be almost always the case in domestic situations as our roofs are only so big.  To get to 55 panels on most houses will require them to be facing north, east, west and even south.

In the case that that same customer (with 20kW of panels) is export limiting at 5kW, which is the ENA proposal, the lost production potential would be about 50%; which is very unlikely to be absorbed on-site even with battery storage, two electric vehicles and high energy use.

ENA has an interest in limiting rooftop solar (most of its members are gas companies).  The biggest loser in the move to renewable energy is the domestic gas pipeline and supply industry which ENA represents. As households disconnect from gas networks in droves and go all electric, backed with solar and batteries, ENA’s membership faces billions in asset write downs.  Their aim with having solar unfairly limited is to ensure the write downs will also be limited.

We must stand up to ENA (Gas industry lobby) and their efforts to put a limit and cap on the solar revolution. We must call for our political leaders to support at least a 10kW export allowance for each household, with no lower export limiting across the NEM.  If we fail to do this we risk one of the strongest areas of action on climate and renewable energy stalling.  With feckless governments providing little in the way of climate leadership, rooftop solar has been the bright spark in the energy revolution bringing down our emissions.  ENA wants to stop this in the interest of its fossil fuel company membership who own the nation’s gas pipelines.

Australian households must push back.  It’s only social license that has the ENA gas industry offering even a 5kW export limit as no regulation exists today that tells them to do anything. As lobbyist for the ENA, Stuart Johnston, said when talking to Reneweconomy “the whole idea … to update those export limits in the future…  those export limits should actually be reduced.”  And we know from previous comments on and off the record that the ENA’s gas pipeline owning members would like to reduce solar exports to zero eliminating solar as a threat altogether. 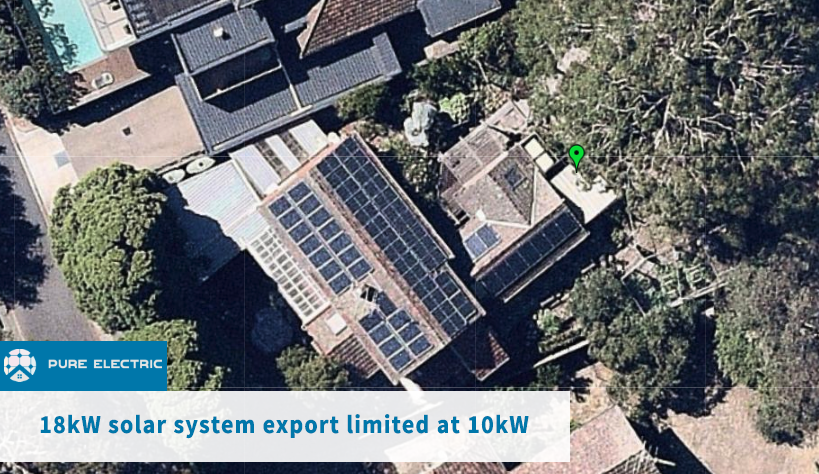 It’s now up to the public to force the hand of politicians to choose the right export limit for the Australian public and the shift to a 100% renewable energy future.  And the right  export limit is 10 kW , it is already accessible by millions of Australians who live in Sydney all the way through to Newcastle as well as Melbourne’s northern, north western, eastern and south eastern suburbs (and was formerly available to South Australians and people living in the ACT). A 10kW export limit is the minimum acceptable export limit for a modern electricity grid transitioning to renewables.

How a solar system is like a high interest bank account on your roof
Proposed 'Solar Tax' Misses the Mark
What does the home energy star (NatHERS) rating system actually mean in terms of home heating?
How the energy star rating system works for air conditioners
Tesla disruption - three years to go happening before your very eyes