The Electric Revolution End Game is nigh

In 24 months, it will be game over for the fossil fuel industry.  The beast that is consuming the planet has been bellowing in agony of late, as it bleeds kWh from the agile renewable energy sector but a decisive encounter of the energy battle fast approaches.

And the key battle ground to finish off the three headed monster (coal, oil and gas) will be the electric car market.

German automakers are now investing more than EUR 40 Billion (AU$63 Billion) over the next three years electrifying their entire vehicle range. Mercedes and Volkswagen group will take the lead, each with a full electric or plug-in hybrid electric version of every model by 2022.  BMW and Daimler are also cooperating on electrification research.

What has to be considered in the case of Norway and the German automakers is that this has happened when the price of electric vehicles has been relatively high compared to what they will be in the coming few years. At the moment, electric cars have been built with battery prices upwards of USD $300/kWh but what about when batteries drop to $100/kWh then $50/kWh or below?  This will happen very fast. In just one example of the hundreds of innovations and incremental improvements hitting the battery space, Tesla is purchasing Maxwell for their battery technology which will take Tesla’s battery density from 270Wh/kg to 310Wh/kg with a possible pathway to 500Wh/kg. Higher gravimetric and volumetric density means less material, less weight and consequently longer driving range for less cost. Meanwhile the use of cobalt, an expensive input, has been significantly reduced each year that the Panasonic / Tesla partnership has been producing batteries, this trend will continue until it is eliminated across the entire supply chain in the next 5-10 years. 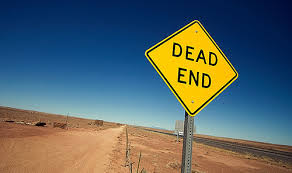 The flow through of all this coming innovation means a car with 500km range (from an 85 kWh battery) would have a basic battery pack cost of $4,250 or less in the near future. The engine in a base model conventional internal combustion motor car costs $2000-$5000 and then there is the cost of the transmission/gearbox on top of that, meaning that electric and ICE cars will converge in terms of overall cost when the knock on of lower and lower battery costs is felt.

Now Norwegians probably have 30% more spending power than Australians but all the same they’ve been spending up big on electric cars even when they cost 200% more than what they’ll cost in a year or two’s time.  Like with mobile phones, Scandinavian countries adopted first (for EVs Norway was first, then Iceland then Sweden) then after a small pause Australia followed and made a near wholesale shift from landlines to mobiles and there’s no reason that the same process will not repeat with electric cars.

So why will car electrification be the fatal blow to the three headed fossil fuel behemoth, how will it bring down the beast with heads of coal, oil and gas?

Well, cars are about identity, that’s how they are marketed. And once there is general awareness that an electric cars is cheaper, better and (most importantly) sexier, people will start to identify with them, in the same way the happy motoring generation incorporated the gas guzzler into their culture. In short electric will be in and fossil fuels will be out like flares, mullets and MC hammer's pants, once a cool alternative to oil powered cars is available oil is deader than the dinosaurs it is made from.

All these investments in retooling of the big car manufacturers in Germany are just ramping up.  The only thing that could stop them is a spectacular fail of Tesla in the next 12 months or so.  If Tesla can survive this coming period then the capital will have been deployed and the only thing left for the big car manufacturers to do is to build electric and recoup their investments.  When the German factories to build electric cars fire up, the age of oil, gas and coal will be over.  It will be solar, electric cars, electric trains, electric buses, heat-pumps and induction cookers that will prosper in the world vacated by the unhealthy, polluting fossil fuel beast.

While Waiting For Your Sanden Install - What To Do if Your Old Hot Water System is Leaking?
Solar power energy payback (EROEI) getting much better resulting in cheaper panels
Everything an all-electric homeowner needs to know about circuit safety devices
Methven Kiri Satinjet Ultra Low Flow Shower wins design award
The Hidden subsidy for the fossil fuel industry in the Building Code that costs homeowners thousands